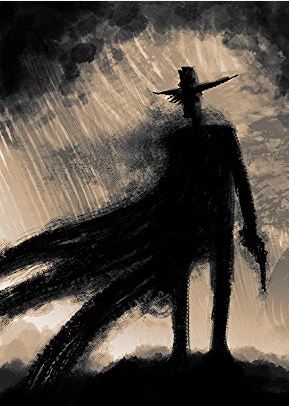 What is a gunslinger?

The dictionary offers this simple definition:

In the Old West: a person who carried a gun and was an expert at the quick draw.

In modern usage: a person who behaves with the bravado expected of someone who would duel with guns.
—

We’re getting toward the end of the calendar year at work, and that means fscal year-end too at my company.

There’s a guy who I saw this morning that hasn’t been around for a while — it was said he’d retired.

But apparently now he’s back on a contract basis to help our finance team close the books on 2017.

He’s a great guy. Friendly, no BS, smart. We worked together for about a year before he left. I never saw him with
anything other than a smart phone.

He knows what he’s doing. He asks good questions. He separates the wheat from the chaff with deadly practical
efficiency. He executes according to plan. That’s it. Like I said, no BS.

When I saw him this morning I thought, “The [fiscal] gunslinger is back.”