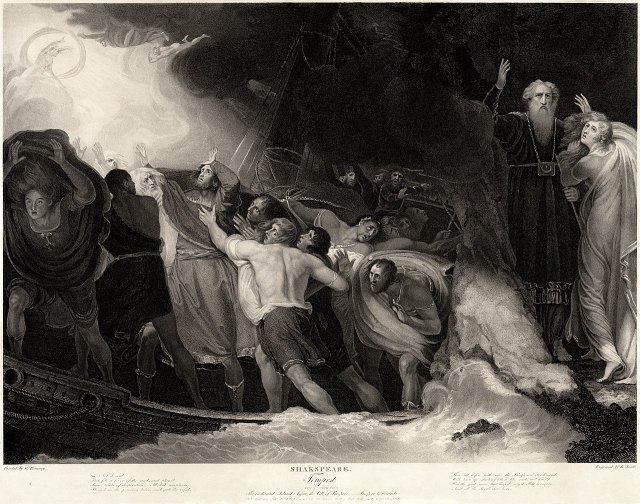 A muse and wander?  Sure, come with me.

I recall hearing this term, “sea change” a long while back in school — a classmate used the term with a very understated but all together impressive and serious tone, talking about some matter of strategic import concerning a business plan.

The details of that conversation has long exited my mind, but the term remains.   Here’s the background, in case you’ve ever wondered (as I did).

Sea-change or seachange, according to the Oxford English Dictionary, means “a change wrought by the sea.”

The term originally appears in William Shakespeare’s The Tempest in a song sung by a supernatural spirit, Ariel, to Ferdinand, a prince of Naples, after Ferdinand’s father’s apparent death by drowning:

“Full fathom five thy father lies,
Of his bones are coral made,
Those are pearls that were his eyes,
Nothing of him that doth fade,
But doth suffer a sea-change,
Into something rich and strange,
Sea-nymphs hourly ring his knell,
Ding-dong.

The term sea-change is therefore often used to mean a metamorphosis or alteration.

For example, a literary character may transform over time into a better person after undergoing various trials or tragedies (e.g. “There is a sea change in Scrooge’s personality towards the end of Charles Dickens’ A Christmas Carol.”)

As with the term Potemkin village, sea-change has also been used in business culture. In the United States, sea-change is often used as a corporate buzzword. In this context, it need not refer to a substantial or significant transformation, but can indicate a far less impressive change.

I suspect that most often, when this sort of change comes about, we as individuals have little we can do to stop it.  It’s too massive, there’s too much momentum, too much already underway to stop the freight train coming down the tracks.

And in this case,  the old adage posted here before rings true:

With thanks to Wikipedia for the background.

Also thanks to Will Shakespeare for the words.  Now I have to read The Tempest.  🙂